A family in close-up: all takes place in their flat, their living room even, in a typical East German concrete highrise in Rostock-Lichtenhagen. The time is some years after the Fall of the Wall and the family has seemingly never discussed their history. Teenage son Micha is making a film »about his family« in order to get into film school, and rather unwittingly uncovers a lot. His father was a Stasi informant, his pregnant sister has been kicked out of university and his best friend has become a Neo-nazi. In fact it may be that Micha was himself part of that famous arson attack on the asylum seekers home in 1992 — the Sunflowerhouse. Mother Jutta’s life is being turned upside down and this film forces her to make decisions as to how to remember her past. As she does she realizes the potential of the old new freedom — taking control of one’s own life.

As a play about growing up and facing the effects of one’s actions it becomes a study of individual and collective memory. Looking at the reality of the different generations of a regular family in the wake of the fall of the wall, the play does not embrace any of the customary nostalgia but is very clear about the negative effects of the »reunification«.

Anne Rabe was born in 1986 in Wismar, in the north of the former GDR. She is enrolled at the UDK Berlin for Dramatic Writing while her plays are being performed throughout Germany, amongst others at the Schaubühne, Berlin. A regular and successful participant at symposia and competitions for playwrights her most critical voice scrutinizing the society that evolved after the Fall of the Wall is heard widely. In her plays Anne employs an almost hyper-real clarity that is grounded by an insightful wit and deft imaginative structure. The microcosms of her characters illustrate larger social processes to great effect.

Sunflowerhouse was the British premiere, and, as far as we know, the first full production in English of any contemporary East German author. At home the play raised a lot of controversy due to its criticism of the post-unification situation in the north of Germany, and it won Anne the widely respected Kleist-Scholarship Award in 2006.

Sam trained in Acting at E15 Acting School and Classical Acting at Drama Centre London. Since graduating in September Sam has appeared in: All you need is Love Blackberry commercial, Lord of the Flies and The Exonerated. Sam also plays in Indie Rock band Daytona Lights and writes poetry.

Jessica is part of the vintage cabaret act »The Ruby Dolls«.

Jayne’s theatre roles include the Julia Dickson in In the Balance (New End Theatre Hampstead). Tina in Farley’s Dateat the Brockley (Jack Theatre), Judy in Of Good Report by John Antrobus, Pauline in One for the Road (Darlington Rep and Tour), Toni in a number one tour of Naked Flame. Lady Macbeth in Macbeth and Elizabeth in Bohellandat the Minnack theatre (both for the Cornish theatre collective). Other works include Milady in the Three Musketeers (Cannizaro Park), Cassius in Julius Caesar Off the Shelf, Constance in King John (Tabard theatre), Nicola in Flybird Upstairs at the Landor and Lady Eleanor in Blazing New World (Etcetera theatre).

Her TV and film work includes Affinity for ITV, More than Love for channel 4, Joyce in Disturbance for Meltemi Productions and the independent films Lynda, Taylors Trophy, Alien Worlds and Re-union.

While studying Classics Lydia co-ran the Gilded Balloon Studio Ensemble. Productions include Mark Ravenhill’s Shopping & Fucking, Marius v Mayenburg’s Fireface and Chris Perkin’s Like Skinnydipping (NSDF 2003—Directors’ Guild Award for best direction). In 2004 Lydia completed LAMDA’s Directing Programme. Since then she has been dividing her time between London, Berlin and internationally as a freelance director and dramaturg. She directed at the Tabard Theatre in Chiswick in London, including Georg Büchner’s Leonce & Lena and David Gieselmann’s Mr Kolpert. She is strongly associated with the Young Vic and was frequently at the Schaubühne, Berlin as Artistic collaborator, director and dramaturg. Productions here include Weg (Away) with the Youth theatre »Die Zwiefachen«, Anthony Neilson’s A Nightmare before Christmas and Izy Kusche’s Kodachrome 2 Fishes.

Last year she has assisted Mark Ravenhill and Ramin Gray at the Royal Court Theatre, was dramaturgical assistant at the Schaubühne, Berlin, took part in the International Forum of the Berliner Theatertreffen and was International Coordinator at the Amsterdam Fringe Festival. To great critical acclaim in Edinburgh she directed Dea Loher’s Land without Words, now on tour. Currently she is on a year-long scholarship as part of »Cultural Leadership International« by the British Council, which takes her to Lebanon, Syria, Jordan and Palestine in 2010.

Philip is a freelance theatre director and translator. Translations include: Hamlet is Dead, Black Beast and Faust is Hungry for the Royal Court and Nightblind for Company of Angels. Adaptations include Blue Sky Green Forest, Buy Nothing Day for Arcola Theatre/ATC. Philip is also a regular script reader of German language plays for the Royal Court’s International Department.

Work as an assistant director includes: Judgement Day (Almeida Theatre), The Ugly One (Royal Court) and The hour we knew nothing of each other (researcher) National Theatre.
Awards include Premio Claudio Gora (Italy) and Young Angels Theatremakers Award. Philip is co-director of Imploding Fictions and associate of Company of Angels and Oslo Internasjonale Teater.

Martina has a degree in Fine Arts (Academy of Fine Arts Hamburg) and Scenography (CSM College London). She is working both in the UK and Germany as set and costume designer.

Owen is a London based Sound Designer and Musician. He has exhibited sound work at the Trumans Brewery, London and recently worked at the Royal Court, Grasses Of A Thousand Colours (Wallace Shawn, dir.: Andre Gregory) and toured with Shared Experience – Mine, Polly Teale. Land Without Words was his first design role for theatre. He is currently mixing sound for a short film, Virginity (dir.: Ruben De Dios), and working on an album, The Great Ocean. 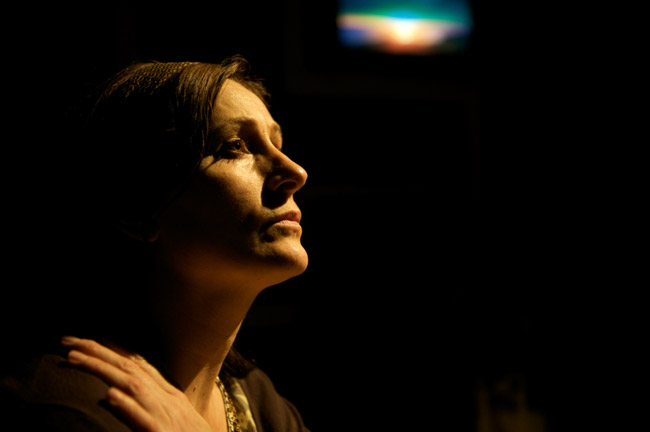 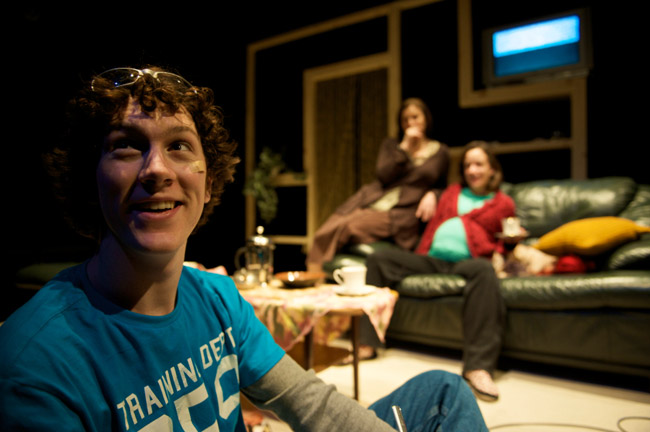 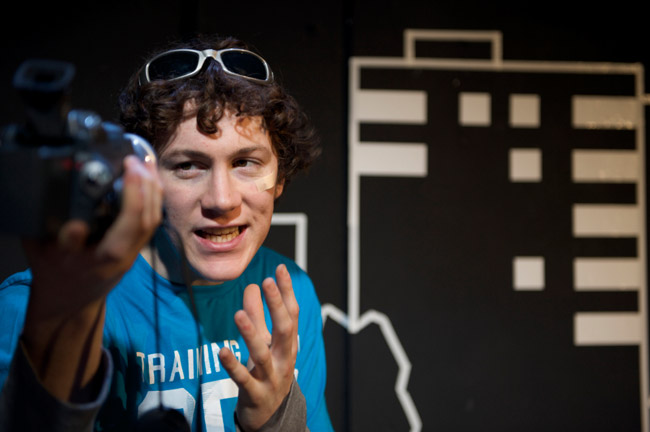 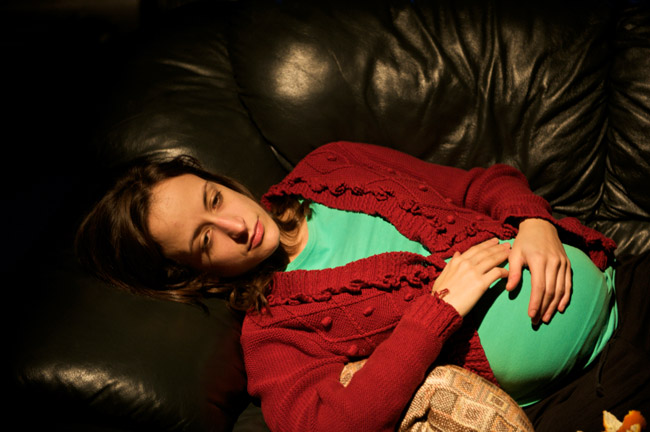 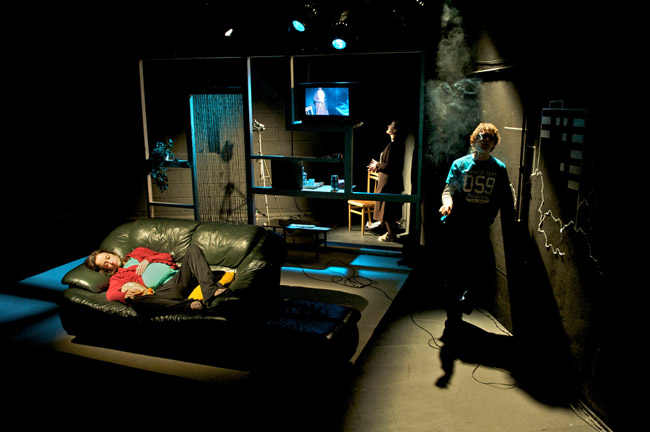 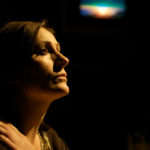